We wish to draw your attention to the fact that for a week, from Sunday 21st October to Saturday 27th October 2012, more than 70 persons with very serious disabilities in Italy have carried out a hunger strike to protest against the government 19s financial cuts and the lack of a national comprehensive social plan.
The strike was launched by our Comitato 16 Novembre Onlus, an association that took its origins in an Internet forum for people affected by Amyotrophic Lateral Sclerosis (ALS) and that brings now together hundreds of persons throughout the Italian peninsula. Our aim is to fight for the rights and dignity of people suffering from all sorts of highly disabling diseases that lead to the total loss of autonomy.
Our main concern at the moment is the urgent need for financing by the Government of the National Fund for Self-sufficiency, which was put to zero two years ago. Article 23, paragraph 8, of the Italian Law n.135/2012, the so-called Spending Review, states that a significant portion of the EUR 658 millions allocated for social policies are to be dedicated to self-sufficiency, in particular in relation to severe disabilities.
Nevertheless, according to the budgetary Stability Law under approval, this fund is going to be suppressed and transferred for several other purposes.
There is an urgent need for financial support to allow persons with severe disabilities in the whole Italian territory to live a decent life, enabling households to cope with extra costs of assistance and home care. Moreover, since in Italy the medical devices Nomenclature in use dates back to 1999, modern aids are not included and in many cases patients have to pay for aids that should be made available for free.
We believe that the Italian Government, in disregarding these needs, has been violating several articles of the UN Convention on the Rights of Persons with Disabilities, in particular articles 19 - Living independently
and being included in the community, and 28 - Adequate standard of living and social protection.
We hope that in the next days the necessary amendments will be made to the Stability Law in order to cover self-sufficiency programs, otherwise we will be obliged to resume our hunger strike very soon.
Yours faithfully, 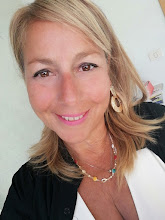